The dyad format is a way of structuring communication between two people so that they each have equal time to speak and be heard (for more details see Dyads). The basic structure is that one person, I’ll call this one person A, will give Person B an instruction, such as “Tell me something you like about me” and then simply put their attention on person B while they reflect and then say something in response. When the person has finished saying “what they like” they indicate this by saying “OK”. Then person A, who gave the original instruction, says “Thank you”. The thank you is the completion of a cycle of communication and acknowledges person B for having complied with the original instruction. When person B has been given an instruction it is usual for them to think for a while before responding and to then communicate, as clearly as they can, their response.

There are lots of ways in which this basic structure can be used; for example for enquiring into one’s true nature or helping to become clearer about problems or improving relationships. In all cases the improvements are brought about by a person saying what is really true for them and having this heard by another person. It is important that the person receiving the communication does so without judgement or comment. So it is important that when you are listening to someone in a dyad you refrain from smiling, nodding, frowning or giving other signals that could be interpreted as judgements on what is being said.

The dyad that is most used for improving relationships involves a set of three instructions. This may sound complicated, but when you actually do it the process is straightforward. The following sets out how the process works.

Now the roles reverse once more

Person A “Tell me something that you like about me”
Person B describes something that they like about person A and when they have finished they say “OK”
Person A says “Thank you” and then gives teh second instruction … and so on.

The process continues so that each person has four turns being the one giving the instructions and four turns responding.

There are a few issues worth clarifying because they if you can get them right then the process will be a lot more effective and you will enjoy it a lot more.

1. It is important that when you describe something you like about the other person it should be entirely positive. So “I love the way you look” or “I like how you kiss me” or “I love the way you look after me” are all OK. What is not OK is a veiled criticism such as “I like the fact that this morning you picked your socks up” or “I like the way that you finally took the rubbish out”.

2. When describing something that you think you agree about there should be a reasonable basis for the agreement. It should not be something you have speculated about but something for which there has either been a prior conversation or actions clearly indicating agreement. For example “I think we agree that X was a pain last weekend” should be based on you having shared something about X, or both told X off.

3. The trickiest part of this structure for some people is the third part, where you say something that you want the other person to know about you. It is really critical that what you say is entirely about you. So “I find it hard to show my vulnerability” or “When I get stressed I just need to be left alone” are valid communications here. What is not OK is something along the lines of “I need you to know that I am fed up with you not doing the washing up” because this is a statement both about your feelings but also about the other person.

4. It is also important that the person communicating says just one thing in response to each instruction. Sometimes whilst saying one thing, something else occurs. The something else should not be communicated but saved until the next time the same instruction is given.

And remember to say “Thank you” after each response.

Relating Dyad is an abbreviated set of instructions that you can print out. 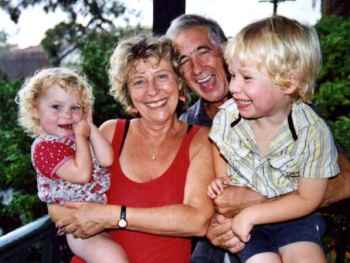